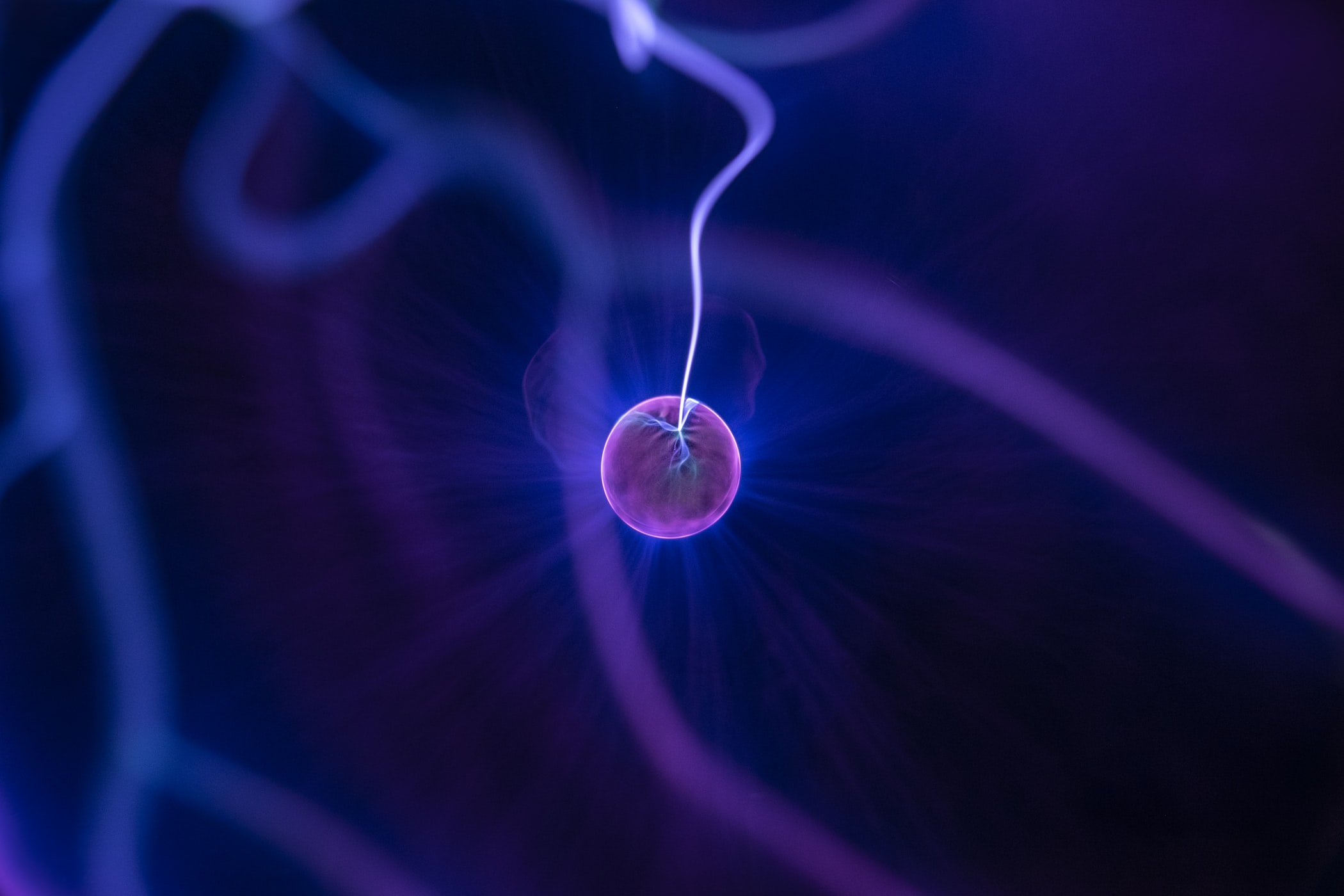 James is practical, language is accessible, and the impacts are almost incalculable if you realize that our habits are our life. What's that quote: "Success is but a repeated habit"?

Why are habits important?

In Year XXXX (too lazy to find the actual year right now in the book). The British Cycling team (previously announced somewhat of a failure) surprisingly won 60% of the gold medals available.

Not through superior genetics, through TINY (atomic) adjustments to their racing technique. It was small details like having surgeons teach riders the best way to wash their hands to reduce catching a cold; getting the right fluffy pillow.

An interesting question arises from this story: What contributes to REPEATED, success?

James argues that it's small changes. Repeated over and over. Self-compounding. Mathematically, If you improved some skill 1% better every day for 1 year, you'd have a 37x return by the end of it.

THE FLIP SIDE: We get away with 1% poor changes all the time, and that's our downfall (if you skip the gym once nothing bad will happen to you) right away.

But change creeps up on you.

Think about an ice cube melting.

At 0 degrees it is super frozen.

At 10 degrees F it is still frozen

Then at 32 everything changes, you get a puddle. But the environmental and energetic states that led to the melting was happening in the background the whole time.

This is the idea of the plateau of latent potential - that breakthroughs happen all at once but ONLY AFTER long periods of slow and invisible growth. Your goals and outcomes are a lagging indicator of the TRUE lead metric -- your systems. They're an aftermath symptom of the actual CAUSE of success, the day to day wins.

So why do habits matter? They're basically the only thing that does. (Not your end goals themselves, despite all of the commonplace wisdom about focusing on and manifesting your vision).

Said another way, "The score will take care of itself" from three time Super Bowl winner Bill Walsh.

Just think about it this way: Winners and losers have the same goals. It CANNOT simply be someone's intention that differentiates them.

If your behavior is incongruent with your identity, it will not last.

Identity comes from the root word essentitas, which means being and identidem which means repeatedly. Therefore, your identity = your repeated beingness

Think about the difference between saying:

or "I don't drink alcohol"

The former is what you would say if you were complaining about your spouse nagging your booze consumption, or that you're on some fad diet that you can't wait to get off of,

The latter comes from a place of strength, intention, and internal alignment.

So how does one begin to hack towards an identity that supports positive habits?

You need to find a way to develop self-esteem around your new behavior.

That paves the way for a growth mindset around that new habit.

What exactly IS a habit? How do habits form?

There are no good habits or bad habits, there are only effective habits, that is, effective at solving problems ...all habits serve you in some way, even the bad ones, that is why you repeat them.

"optimized" is an interesting qualifier here.

They are modern solutions to ancient problems—your brain is always considering 4 "Fs" to any given situation:

The 4 F's illustrate that despite our advancements in technology, culture, and economics, we still have pretty crass adaptation mechanisms to our environment.

So are solutions have crept up over time to be the most automatic, repeated solution to a "problem."

One could not in reasonable terms deem smoking to be an optimally healthy solution to stress, yet over time the subconscious (in large part driven by part of the brain known as the basal ganglia) has probably found the buzz of nicotine the easiest source of relief (or escapism) from a scary or overwhelming situation.

The real kicker that hit me — and also echoed a lot of Vipassana practice — the solutions we seek are not substances, or foods, or interactions, they are CHANGES IN MENTAL STATE.

Think about ANY Addiction:

It's not the heroin injection itself (i mean you're LITERALLY creating a pain response with a sharp needle), it's the feeling of euphoria

It's not the pulling of the slot machine lever, it's the outpour of dopamine and adrenaline that watching the spinning dials gives

Even with positive interactions: It's not the dialogue we seek with close friends, it's the feeling of warmth and oxytocin.

So why do bad habits form?

Without conscious effort, our behavior choices are a "race to the bottom of the brain stem". Whatever option will provide the most dopamine and other engaging neurotransmitters possible will win.

We couldn't possibly steer our whole life through conscious effort (it's simply too much information) — because your brain needs to offload the effort of conducting that behavior to the subconscious, it's done automatically, and that's where both MARVELOUS and INSIDIOUS HABITS can be embedded

This is perhaps the most subtle and most powerful point of the book.

...Because habits are operated by the subconscious. you cannot fight them / overpower them with conscious effort. You need to recruit your subconscious to change the behavior by subtle cues.

With this "solutions" model in mind, one can basically see a habit as 4 components.

All the money is here. The craving is somatic. You can train yourself to experience it more viscerally, and as you'll see later, surf the urge and enjoy the desire for simply what it is. As a habit forms, most of the dopamine is actually released in the craving portion ****

Eliminate the cue and your habit will never start. Reduce the craving and you won't experience enough motivation to act. Make the behavior difficult and you won't be able to do it. And if the reward fails to satisfy your desire, then you'll have no reason to do it again"

How do habits get changed?

James has broken down the "mechanics" of habit formation. I found this a more "applicable" version of Charles Duhigg's Law of Habit, which I read in 2018 when I first became incredibly invested in this topic.

There's a lot of incredible logic behind these four laws— they essentially map to the 4 components of a habit (Cue, Craving, Response, Reward)

THE FOUR RULES OF HABIT IMPLEMENTATION

Law One: Make it Obvious

If cues are what spur on habit-based action, you want to create as many cues as possible.

You could almost think of it as a "marketing funnel" There's a large number of possible environmental triggers that eventually flow down into a select few actions. The more #s you get in at the top the better!

As mentioned in the prior section you want to make cues as obvious as possible — and visual whenever possible. Imagine leaving breadcrumbs that eventually lead to your desired habit

What's helpful here is defining the environmental triggers by place and time. A simple "I will do X habit on Y day at Z time in Q (ran out of letters) place

You can make cues more obvious by bringing them to the surface, by literal narration, i.e. "I'm walking out the door. There is my key, there is my wallet, there's my phone"

Working our way down the funnel: if we've now increased the number of "at bats" of seeing a habit cue, now we make it more likely that we'll feel compelled to acton a habit.

How does one make a habit attractive? By doing pre-work.

We often think of reflection as a postmortem, reactive task, but one can actually do proactive reflection: identifying the motivating factors behind a habit (playing the clock forward on if you're able to successfully keep it up after a while).

The aim of pre-work is to re-orient your self esteem around a new habit.

How could you make it "irresistible" to get that end result from a habit? Script out the results and play it forward for yourself.

Another extremely powerful factor in the attractiveness of a habit: find a community that establishes social norms and boundaries that values that habit.

Why is this so powerful? For most of our tribal evolution, behavior was done in community, in public. We hunted wild game, gathered the best foilage, and received social recognition.

We don't choose our earliest habits, we imitate them from:

So if you can introduce lots of people (the many) who are successful models of your ideal life (the powerful) and you create strong friendships (the close) you'll be amazed at the ways they can influence your behavior.

You've laid the groundwork for a habit and defined the activity. Now you just want to remove friction.

The best way to do this? the Two minute rule: what is the smallest, TWO MINUTE INCREMENT that could set up the dominoes of behavior that would eventually lead to the whole habit?

Twyla Tharp (famous choreographer) has a multiple hour training session at 5:30AM every day.

When asked about the intense habit she had created and followed for years, she simply stated the dancing was NOT the habit.

The trick to getting the entire session was just the 2 minutes it took to call the cab. The rest was automatic and did not require willpower

This is an INCREDIBLE point— you can actually leverage human laziness by building inertia along the way.

Habits are the entrance ramp to a highway

I think expert research is actually huge lever for making a habit easier. If you can pave the path forward for yourself by discovering what the absolute BEST PEOPLE in that field have done before, you can make the.

The trap here is to consume endlessly and never actually put anything to practice. James recommends taking ACTION OVER MOTION. Motion are behaviors that "approximate" progress; watching another youtube video about entrepreneurship instead of actually starting the damn company.

Planning can be an easy excuse to avoid the habit: Trying to find the "Perfect habit tracking app" before you start any habits (haha my problem) or needing the "best meditation cushion' before you can start meditating

I personally think it's a balance of action over motion. Motion oftentimes can reduce the intimidation hump that complex or difficult habits often present

One final heuristic is addition through subtraction. You don't necessarily need to ADD a bunch of complicating steps to the habit process, you can REMOVE obstacles and barriers to making that habit happen. I.e. Wearing your gym clothes to bed removes the need to dress into them in the morning.

This may seem similar to "make it attractive" but the nuance is important. This is all about making the CONSEQUENT (right after) moments of your habit enjoyable and therefore, repeatable.

You want your basal ganglia to dictate to your brain that this indeed WAS an optimal solution to your problem.

Some benefits and rewards will be inherently there — running gives you an endorphin rush. Reading a good book comes with an idea buzz.

But this also presents one of the biggest challenges — most REALLY meaningful rewards are presented to you in the long run. So you need to inject SHORTER TERM and immediate rewards into the process.

Here's the best example I found from the book:

Toothpaste was not used as widely until it was made minty and foamy. It created a nice tactile sensation (remember supernormal stimuli?).

Even though none of us want to end up in the dentists getting cavities drilled out, YOUR BRAIN DOES NOT GIVE A SH*T ABOUT YOUR FUTURE

So how can you create "proxy rewards"—basically short term artificial boosts. This is why we give kids gold stars and candy for good long-term behavior (like turning in homework on time). Your brain hasn't evolved THAT much since childhood :) this stuff still works.