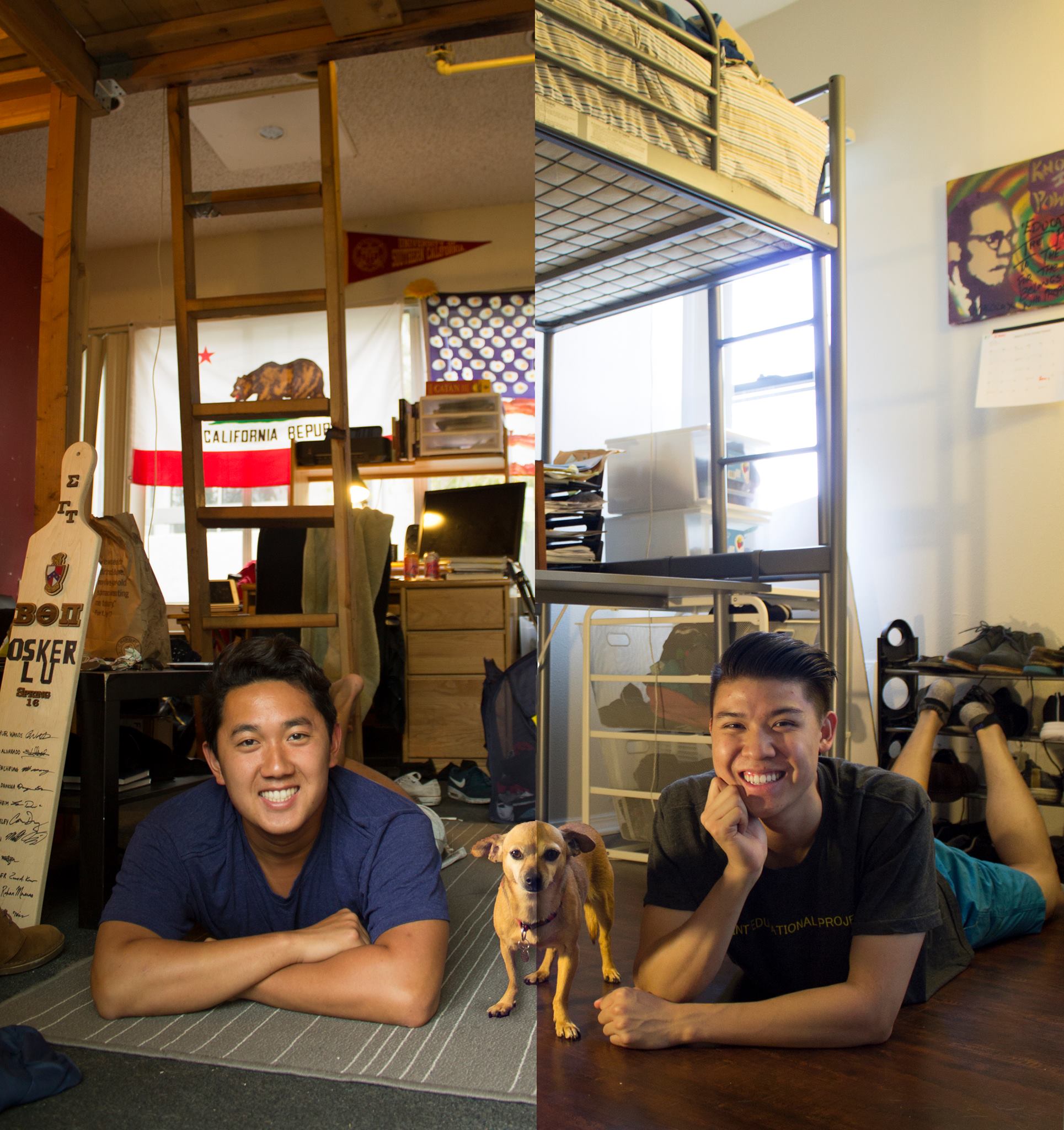 As junior year peeked over the horizon, Osker and I bore witness to a troubled world. A civil war ravaged Syria and ripped open a power vacuum into which radicalism poured. A belligerent tycoon provoked levels of bigotry thought to have been overcome half a century ago. Closer to home, our university danced to a bureaucratic melody around demands to address campus xenophobia, opting instead to hike up tuition to unprecedented highs.

“How?” we asked. How could we–the planet’s most evolved inhabitants–have so abjectly failed to coexist? How could we have cultivated such intolerance, such instability, such inhumanity?

One fateful afternoon, Maggie stamped her furry paw down; she’d had enough. Thus, our year-long experiment in tolerance began: to observe how many different people and worldviews she could learn to harmonize with.

Maggie doggy paddled laps with the water polo team, waist deep in the virtues of resilience and interdependence. She tutored local elementary schoolers alongside JEP volunteers, fostering the selflessness and patience of a service animal. She boogied with Breakthrough, learning not just dance moves but the history of hip hop and the joys of creative expression. She lived half of her time on Greek Row, where she developed newfound abilities for social interaction and peer leadership under any circumstances.

With each new group, Maggie was introduced to unique talents, organizational values, and a sense of family. Each had their merits, their quirks, their shortcomings. But each offered an experience multitudes more colorful than their external stereotypes hinted at.

Our school’s marketing literature boasts campus diversity, intellectual breadth, and rich cultural exchange, but only for those willing to venture outside their comfort zones. It’s easy to default to a fear of “the other”: resentment between Greeks and non Greeks, disdain for a rival business organization, spite for a club with an opposing political ideology.

Osker, Maggie, and I hope our findings illuminate a path forward for humanity to expand its capacity for empathy with each passing day. After all, as future scholars, leaders, and entrepreneurs, we have an opportunity—no, an obligation, to embrace what we do not know, where we have not been, and who we do not yet understand.